When Silence is a Crime

Now featured on Time of Israel!

The Virtue and Crime of Silence

Silence can sometimes be a virtue. For example, when the Biblical figure Aaron lost his two sons in a tragic episode, Aaron’s silent acceptance of the Divine decree was seen as meritorious. Silent acceptance of a sad or challenging situation in one’s life, is seen by the Jewish Sages as a courageous act of faith, a virtue.

However, silence is not always the appropriate response to tragedy. Perhaps the greatest example of this kind of silence – where silence as a response to tragedy was not a virtue but a crime- was the Holocaust, which will be memorialized internationally this Sunday.

The world may never forget the six million Jews who perished in the concentration camps, but we must also never forget the hundreds of millions who watched and remained silent. The dozens of governments and heads of state who had the opportunity to intervene, but would not sacrifice military, political or even economic support to save innocent Jewish lives. The quota system in this country allowed only a handful of Jews into the United States and turned boatloads back to Europe where they were perished.

As part of an assignment I had when I was in graduate student in Columbia, I studied the letters sent by the U.S. Ambassador to Germany George Wilson to Secretary of State Cordell Hull. Ambassador Wilson detailed the implementation of the various Nuremberg racial laws to the Jewish citizens of Germany, how Jews were made to give up their property and forced out of their businesses. He sent letter after letter only to be met with a response informing Wilson how to deal with American Jews who happened to be situated in Germany at the time, ignoring the plight of Germany Jewry.

The only thing more disturbing than the US government’s failure to act was the lack of reaction by members of our own Jewish community – Jews in position of authority and leadership who failed to act. Even one of President Roosevelt’s primary Jewish advisors stopped Secretary of the Treasury Henry Morgenthau Jr. from presenting to the President a plan to start a rescue policy for Europe’s Jews.

A Better Question Than “Where Was God?”

The New York Times once published a series of letters between two Jewish cousins corresponding during WWII – Julian Hess in the US and Max Schohl in Germany. Schohl reaches out to Hess, desperately seeking safe haven for himself and his family. Hess, sympathetic and motivated to his cousin’s cause, encountered one of the major hurdles that many Jews, and other immigrants, face today – a restrictive immigration quota system. In 1938, the same year as Kristalnacht, there were 220,000 applications for visas to the US at consulates throughout Germany. The annual quota for Germany that year was 27,370 – a little over 10% of the total requested. Of the annual quota, sadly, only 18,000 visas were ultimately issued.

After a failed attempt to nail down a teaching position in the US, Schohl was forced to try and emigrate his family to England instead – a feat requiring a substantial amount of money. With his business and assets frozen, he had nowhere to turn other than his cousins. Hess approached other family members and wealthier cousins, who to his surprise, were very reluctant to help out. Before the money could arrive safely, Britain declared war on Germany, making emigration to England now near impossible.

More failed attempts for Schohl followed, including efforts to emigrate to Chile. Schohl and his family wrote from Yugoslavia in 1941, but the next letter would not come for another four years. Schohl’s daughter penned the correspondence, due to her father’s murder two years prior by the German secret police.

Julian Hess and Ambassador George Wilson were incredible individuals who did everything they could to warn and save the Jewish people from the Holocaust. But by and large, they were just individuals in a world which watched in silence as Hitler continued to the next phase and proceeded to implement his final solution.

So as the International Holocaust Remembrance Day approaches, I’m sure many will ask “Where was God?” Personally, I’ll be asking “Where was man?”

(Photo is from US Holocaust Memorial Museum)

The post When Silence is a Crime appeared first on Manhattan Jewish Experience. 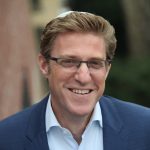 Santa vs. Latkes: Fighting for a Deeper Judaism On ChanukahTop
Judaism’s Response to “Workism”Top