Take Down The Flag – Why Symbols Matter 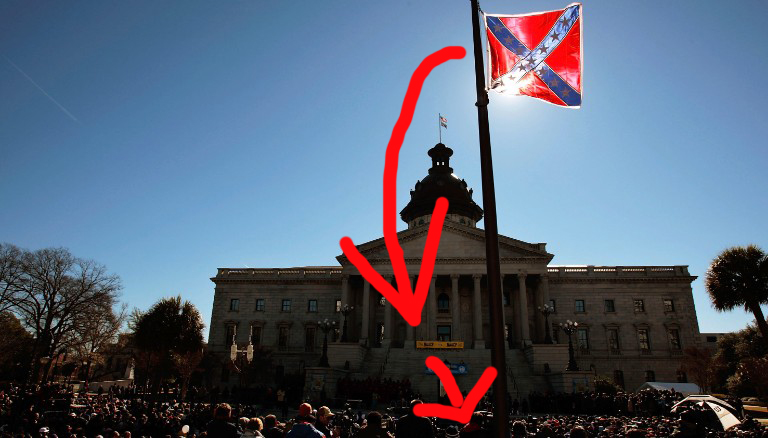 In the wake of the senseless killing of Reverend Clementa Pinckney and eight others in a historic African American Church, new calls were made for the removal of South Carolina’s Confederate flag.

Removing the Confederate flag from South Carolina’s State Capitol has been a long standing debate but the controversy was reignited by the fact that while the U.S. Federal flag was lowered in response to the recent tragedy, the Confederate battle flag remains high, literally padlocked into place.

For some, the Confederate flag represents an important part of Southern pride and for others it’s a painful reminder of the past bigotry and slavery of the South, as well as some remaining white supremacy and racial intolerance. Personally I agree with South Carolina Governor Nikki Haley’s call to remove the Confederate flag, and with President Obama’s statement that it belongs in a museum. I hope it will be soon laid to rest.

But you could ask — why is EVERYONE talking about this?

CNN, The New York Times, Fox News and my favorite, John Oliver, are just a few of those weighing in. So, does it really matter? Why all the fuss over a flag – after all, it’s just a bunch of stars woven into a piece of fabric, right?

Wrong. It actually does make a difference. Whatever your take on the Confederate flag, one thing is clear: symbols matter.

Symbols, in the political arena or anywhere else are powerful ways to evoke feelings and passions. One small image, like a swastika can arouse such animosity, and a Star of David such pride. Symbols – the inanimate objects and images we surround ourselves with – have the power to shape us. This is probably why the Jewish faith is replete with images and symbols, all of which are intended to educate and inspire.

Take for example the Mezuzah; the rolled up parchment encased in a beautiful cover containing the first paragraph of the Shema which Jews affix to their doorposts. It is not just a pretty ornament intended to let people know “Jews live here.” Some suggest that the Torah commands us to post the Mezuzah as a way of reminding us of our belief in God and of our very purpose and mission in this world. You may ask: if you believe in God and in Judaism’s teachings, then you believe – why the need for a reminder? Because a symbol allows, or even on some psychological level compels us, to reflect on our beliefs in a way nothing else can. A home in Jewish tradition is not merely a place to live, in the purely physical sense. It is the place or the context within which we carry out our very purpose in this world. It’s where we build our most intimate relationships, where we raise our families, where we pray and observe the Sabbath. The very sight of the Mezuzah triggers the thoughts and feelings that are vital in using our homes to carry out our Divine mission in life.

And so the Menorah, Shabbat candles and Jewish books we have in our homes are not merely relics of an ancient tradition used for perfunctory rituals – they actually have a direct effect on the way we go about our lives today and the people we become.

A symbol – be it a flag, a logo or a piece of Judaica – holds energy that impacts us day in and day out on both a conscious and subconscious level. Indeed images have surfaced of the man who took the life of Reverend Pinckney and the eight other victims, proudly holding the Confederate flag.


Symbols matter. Let’s make sure we surround ourselves with the right ones.

And yet I would be remiss to not mention the dangers of placing too large an emphasis on the role of any one component in a tragic event. The swastika did not perpetrate the Holocaust – the Nazis did. A flag did not senselessly shoot the innocent church goers – a person did. Though symbols inherently hold power, it is what we DO with them that really matters. It is how we use them and what we let them become.

So, let us not allow this flag to become a distraction from the matter at hand. Let it instead serve as a reminder of the discussions we MUST be having – about racial intolerance, gun control, and mental illness. No crime is committed in a vacuum. Let US use symbols – not the other way around.


A CALL TO ACTION… #ShabbatOfSolidarity 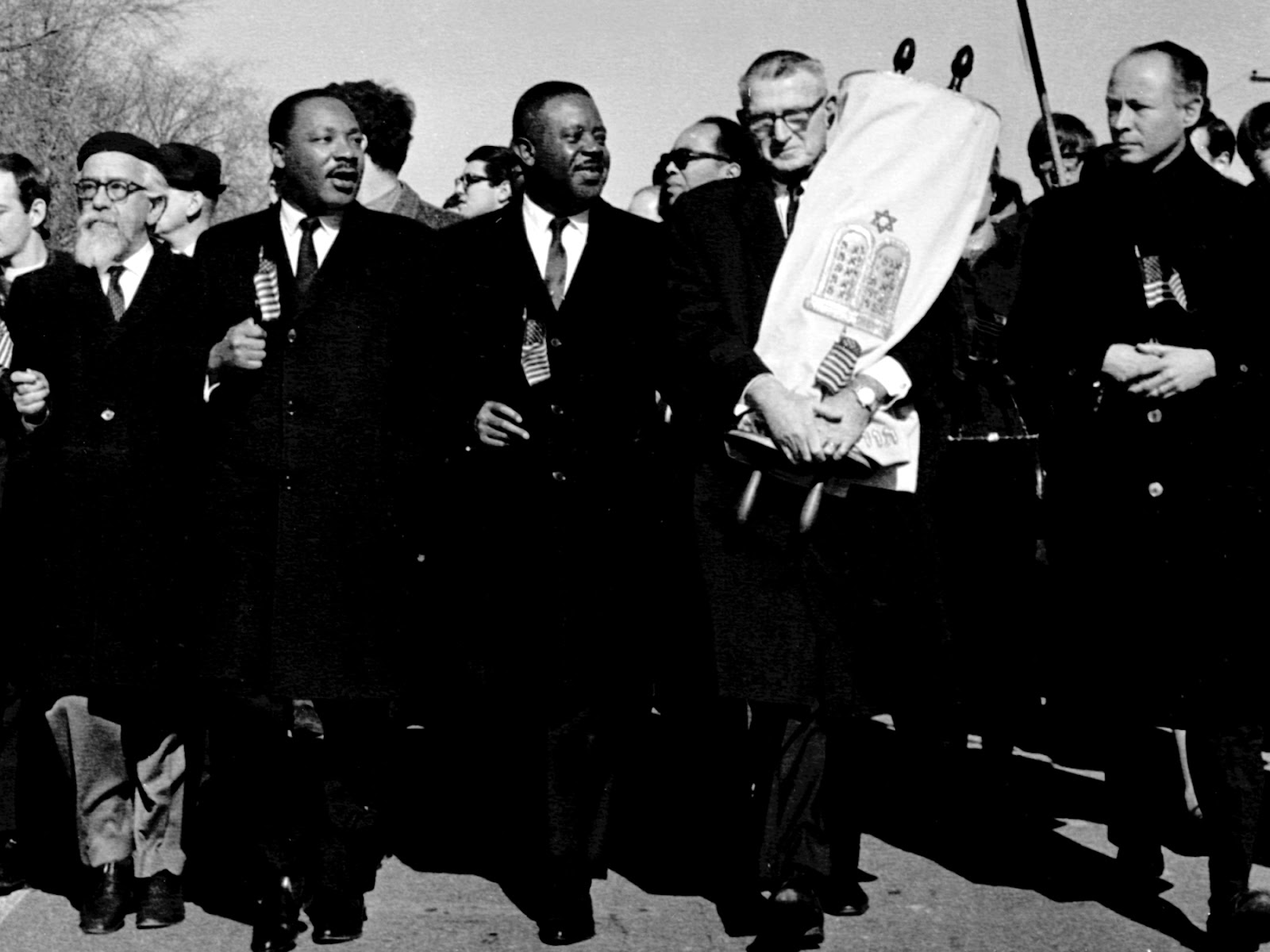 Speaking of symbols, take a look at this iconic image. This photo is one of many reminders that the Jewish community marched with Martin Luther King Jr., and that we will always stand with those who fight for equality and against intolerance.

This Shabbat, 13 Jewish organizations are calling for a “Shabbat of Solidarity” with the Black community as a protest against racism and discrimination. MJE will be joining the list of communities participating.

This Shabbat, I call on my students, readers and entire community to not just participate superficially, but to truly pray in solidarity. Pray for the healing of the families, friends, and communities of the victims. Pray for the voices calling out against intolerance to be heard. Pray for an end to senseless killing.


But most importantly – let’s lower “the flag” within ourselves. Let us look deep inside and recognize where we have padlocked “flags of intolerance” – intolerance for other communities, for our co-workers, our neighbors, and even our own families. Take down those flags and let us lay them to rest.

Why Richard From Silicon Valley is a Total Mensch (Spoiler Alert!)RW-blog
Too Many Options! Creating True Freedom Through LimitationsRW-blog