The force behind history and our lives: A Passover message

By Rabbi Mark Wildes
April 22, 2016
FEATURED ON THE TIMES OF ISRAEL

Years ago I heard the following story from Rabbi Israel Meir Lau, the former Chief Rabbi of Israel. It will require a bit of your imagination:

An Olympia airline plane lands in Athens, Greece. An old man steps off the plane. He is none other than Socrates, the great Greek philosopher, now a very old man, having been away from his home for hundreds of years. He steps off the plane and a young Greek porter at the terminal runs up to him to offer some help. “May I take your bag?” asks the porter. The old Socrates looks at the young man confused. “What language are you speaking?” “Greek,” replied the young man. “But why are you not speaking our classical Greek?” asks Socrates. “This is how we speak Greek today” replied the porter, “I studied a little classic Greek in university, but no one speaks it anymore”. The old man leaves the airport to visit his homeland and to his dismay sees nothing familiar. He looks for the usual Greek idols which used to line the streets of Athens but instead he sees a Greek Orthodox Church, a completely different religion. He hears people talking but no one speaking his classic Greek language. He has nothing in common with these people, just geography. 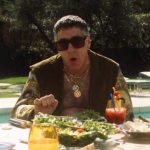 The Secret to Jewish SurvivalRW-blog 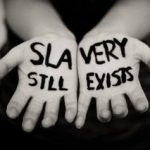 The Slavery No One Talks About at the SederRW-blog