Nice, France – When We Don’t Have All The Answers

Members of the Australian French community remember the victims of the Bastille Day truck attack in Nice. REUTERS/David Gray

I just got off the phone with my French cousin Michael Hanneux. Michael grew up near Strasbourg and is today one of many young Jewish professionals living and working in Paris. He sounded so down and almost despondent about the terrible attack in Nice. He said the attack struck home even more since it took place on Bastille Day, the French version of our July 4th. Michael asked me where I thought it was safe to be in the world today and I had no answer, just sympathy. He was looking for deeper answers but I told him that in accordance with this week’s Torah portion, we simply don’t have the answers to all of life’s difficult questions… 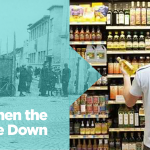 Choices When The Walls Come Down – Special to The Jewish WeekFeatured, RW-blog 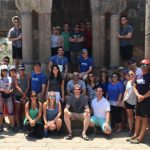