Chanukah and the United Nations

The irony of a UN resolution condemning the Jewish settlements during the holiday of Chanukah is pretty incredible. Chanukah celebrates the establishment of Jewish political sovereignty over the land of Israel, including the very areas the United Nations now claims no longer belong to Israel! Besides the spiritual victory of Jews refusing to abandon their faith in favor of Greek Hellenism, Chanukah celebrates the successful Maccabean revolt against the Greek Seleucid Empire, resulting in more than 200 years of Jewish political sovereignty over the land of Israel. That Jewish sovereignty lasted for two centuries until the Romans destroyed the Jewish Temple in 70 CE and exiled our people.

Although Jews always continued to live in Israel since the Roman exile, it wasn’t until the creation of the modern state in 1948 that political sovereignty and independence was returned to the Jewish people. As we know, this happened through a majority vote taken by the General Assembly of the United Nations. 19 years later in 1967 when Egypt and Syria were about to simultaneously attack Israel in an unprovoked war and Israel was forced to strike preemptively, she not only defended herself against annihilation, but in six days reunited Jerusalem, captured the Sinai Dessert, the West Bank, the Gaza Strip and the Golan Heights. That defensive war gave Israel the legitimate right to govern and once again exercise political sovereignty over those lands.

CONTINUE READING ON TIMES OF ISRAEL… 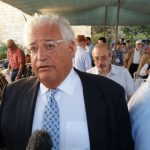 David Friedman: An Ambassador with Skin in the GameBlog, Featured, RW-blog 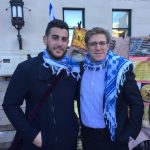