Removing the Mask: A Purim Lesson in the Wake of Israel Apartheid Week

Megilat Esther or the Scroll of Esther is the book of the Hebrew Bible Jews will gather to read this Saturday night to celebrate the upcoming holiday of Purim. The Megilah speaks of a beautiful woman chosen to be Queen of the ancient Persian Empire who must hide her Jewish identity. Her very name, Esther or “hidden”, bespeaks the double life she is forced to lead. Esther grows accustomed to hiding her Jewish identity in the royal palace, but when the anti-Semitic Prime Minister is about to carry out his genocidal plot to annihilate the Jews of Persia, she risks her life and reveals her true identity to the King. This was no easy task for Esther, but because of this revelation, her strategic planning and courage to share who she truly was, the Jewish people were ultimately liberated.

The 13th Annual Israeli Apartheid Week is taking place all around the world this month. In hundreds of cities, through lectures, rallies, and demonstrations featuring “apartheid walls”, IAW participants attempt to demonize and delegitimize Israel. According to their website, “Israeli Apartheid Week (IAW) is an international series of events that seeks to raise awareness of Israel’s settler-colonial project and apartheid system over the Palestinian people and to build support for the growing Boycott, Divestment and Sanctions (BDS) movement.”

Last week was Israel Apartheid Week (IAW) at my alma mater, Columbia University. Anti-Israel sentiment at Columbia definitely existed when I was a graduate student in the early 90’s, but it has grown increasingly worse over the years and Israel Apartheid Week, which has spread to 225 cities as of 2016, plays a huge part. Many Jewish students at Columbia and other campuses feel intimidated or lack the knowledge and confidence to stand up to the BDS and SJP (Students for Justice in Palestine) activists, and as a result the slander and lies of their campaigns often go unchallenged.

This year was different.

A student group at Columbia called Students Supporting Israel (SSI), under the leadership of Jewish Israeli student Rudy Rochman, launched “Hebrew Liberation Week”. I went with a few members of the MJE Staff and some of my students to show my support and see what all the buzz was about. What I found was both moving as well as effective Israel advocacy, setting a wonderful example for students all over the country.

CONTINUE READING ON TIMES OF ISRAEL… 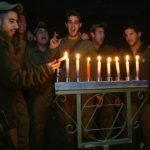 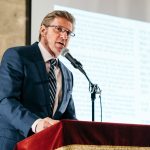