Anti-Semitism Turned on Its Head

Despite the 22,000 people who signed a petition to stop Linda Sarsour’s talk on anti-Semitism at The New School, the so-called Human Rights activist was included on Tuesday’s panel.  Sarsour, who has lauded noted anti-Semite Louis Farrakhan, supports the BDS movement as well as Rasmea Odeh, a terrorist who spent 10 years in jail for abetting the killing of two Hebrew University students in 1969, as well as the attempted bombing of the British consulate. Sarsour famously tweeted “nothing is creepier than Zionism” and somehow she is fit to speak at an American university on the topic of anti-Semitism. As Anti- Defamation League leader Jonathan Greenblatt put it, having Linda Sarsour speak on anti-Semitism is like “Oscar Meyer leading a panel on vegetarianism.”

The Zioness Movement, who circulated the above petition, said the panel, with its “explicit endorsement of anti-Semitism couched as anti-Zionism,” correlates with a 67 percent increase in U.S. anti-Semitic incidents from 2016 to 2017.

It shouldn’t be that hard for a university in New York to find a real authority on anti-Semitism. My vote would go to Dr. Deborah Lipstadt who, in a British Court, proved David Irving was lying and falsifying history by denying the Holocaust. Lipstadt teaches Holocaust studies at Emory and is a true scholar on the topic of anti-Semitism. She will be MJE’s speaker at its annual Ruth B. Wildes Memorial event next Saturday night, December 9, speaking on “Anti-Semitism in the 21st Century” (https://deborahlipstadtmje.eventbrite.com). The event will take place at Columbia’s School of International Affairs where I had the privilege of studying Human Rights. MJE decided to hold the event there so university students learning about Human Rights can hear from a real scholar on anti-Semitism. The event is proudly co-sponsored by the Zioness Movement, a number of Columbia University student organizations.

We live in a time when issues like Human Rights and anti-Semitism have been turned on their heads by fake scholars like David Irving and Linda Sarsour. I look forward to the time when they are exposed as the liars and imposters they truly are. 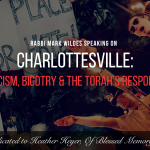 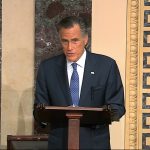