Something for your Seder

Rabbi Joseph B. Soloveitchick told the story of a Seder he remembered from his early childhood. Yosef Dov, who would later become the great Rav Solotveitchick, was just about six years old when he was sitting with his family on the Seder night in their hometown in Poland.  They had just made the Kiddush and in walks the Rav’s grandfather, the revered Rav Chaim Soloveitchick, also known as Rav Chaim Brisker. One of the leading Torah authorities for the Eastern European Jewish community, Rav Chaim Brisker was a huge Torah sage and part of a dynastic rabbinic family. In walks Rav Chaim wearing a pot on his head. His grandson, little Yosef Dov, looks up at his grandfather and asks: “Zaide, why are you wearing a pot on your head?” To which Rav Chaim answered: “Because tonight, my dear grandson, is different than all other nights. Tonight our ancestors were redeemed from Egypt.” He then proceeded to engage the entire family which included small children, women and older men in a dialogue, in a conversation about the story of the Exodus.

The post Something for your Seder appeared first on Manhattan Jewish Experience. 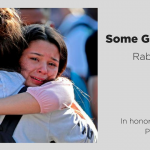 Some Good From the BadTop 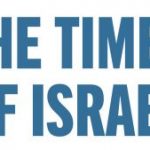