God and the Impeachment

Something extraordinary and quite religious took place in American politics this week. Senator Mitt Romney became the only Republican to vote in favor of impeachment.

What is significant to me as a rabbi though, is that he voted this way because in Romney’s words: “I believe in God.” After evaluating the arguments made by the Democrats in favor of impeachment and the arguments against impeachment offered by the Republicans, Romney felt that that the President’s actions amounted to a “high crime and misdemeanor” and therefore voted in favor of impeachment. I am not concerned, nor do I wish to share my opinion, as to whether Romney is correct or not. The only point I wish to highlight is the motivation behind his decision: to act in accordance with his conscience and not merely with the party line. “I swore an oath to God…I don’t have the capacity to ignore my conscience,” was the reason Romney gave for his controversial decision.

Whether you agree with Romney that the President was guilty of a “high crime” or you think the whole impeachment proceeding was just a political stunt by the Democrats is irrelevant for the point I wish to make. It is the Senator’s motivation, namely, his belief in God which impresses me. “I am profoundly religious. My faith is at the heart of who I am” said the Senator.

Unless I am being naïve, Romney’s oath to God to remain true to his understanding of the constitution, required him to make a decision based what he authentically believed is an impeachable offense. Voting simply based on party lines would constitute a breach of his belief in God. Romney shared how difficult this decision was for him since, as a fellow Republican, he said he agrees with eighty percent of the President’s policies and because he also knows this decision will likely render him a traitor with his own party. When asked whether he realized how awful this decision will be for his career, Romney responded by quoting a hymn which he sings at his Church: “Do what is right, let the consequence follow.”

This is indeed one of the critical reasons we subscribe to a belief in a power greater than ourselves: so that when faced with important life decisions we first consider what we believe is true and right and only second, what is expedient and self-serving. Whether Romney’s decision was correct or not can be debated, but that he was motivated by what is “good and right in the eyes of God” (Deuteronomy 6:18) is something to admire and emulate.

God and the Impeachment2020-02-062020-02-07https://www.markwildes.com/wp-content/uploads/2018/01/wilde_white-02.pngMark Wildeshttps://www.markwildes.com/wp-content/uploads/2020/02/imrs.jpeg200px200px
About
Rabbi Mark Wildes
Rabbi Mark Wildes, known as The Urban Millennials' Rabbi, founded Manhattan Jewish Experience (MJE) in 1998. Since then, he has become one of America’s most inspirational and dynamic Jewish educators. Rabbi Wildes holds a BA in Psychology from Yeshiva University, a JD from the Cardozo School of Law, a Masters in International Affairs from Columbia University and was ordained from Yeshiva University. Rabbi Mark & his wife Jill and their children Yosef, Ezra, Judah and Avigayil live on the Upper West Side where they maintain a warm and welcoming home for all. 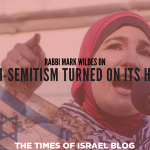 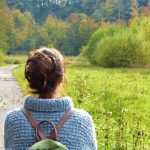 A Spiritual Response to the CoronavirusBlog